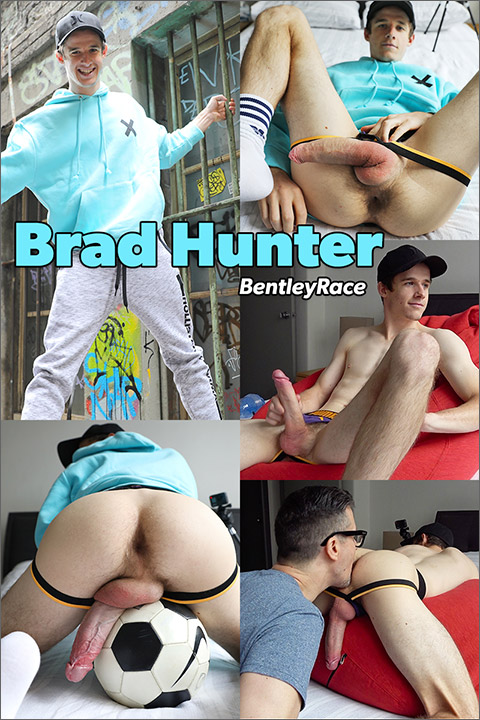 These could be my favourite photos of Brad as he strips down to a jockstrap in the studio. This is a part of a series of shoots I did with our cute mate before the lock downs begun in Australia. Each time I was getting Brad doing something a little different. In this shoot we started with some photos out in the city lane way before showing off in a jockstrap up in the studio. It wasn’t until I got Brad laying into a bean bag at the end that I started getting these amazing shots of his bum in the jockstrap. But the big cock shots earlier on look great too. We ended up using the bean bag in Brad’s new video too. I will post the new video a little later this week. I don’t think I’ll ever get tired of photographing Brad’s perfect little bum.