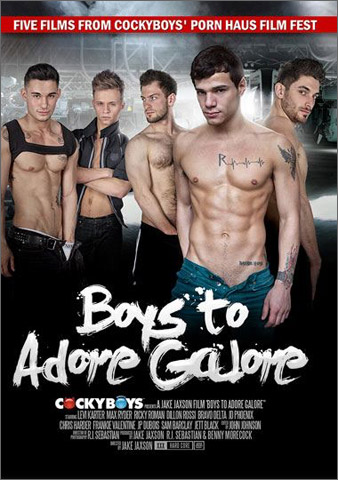 In this short film directed by Jake Jaxson, we’re taken on an exciting, celebratory journey through history while also witnessing it being created before our very eyes. As much of a tribute to Andy Warhol as it is inspired by the artist, BOYS TO ADORE GALORE features an ensemble of hot CockyBoys in their most natural form. Bravo Delta, Dillon Rossi, Max Ryder, Levi Karter, Jett Black, JD Phoenix, and Ricky Roman all share the screen to create a fun and sexually charged atmosphere that mirrors what you might imagine Warhol’s social life looked like back in the ’60s.

On-Line Only Presentation, Members Can Download – No DRM.
Extensive Galleries and Screen Captures for most Presentations.
Highest Quality film productions.