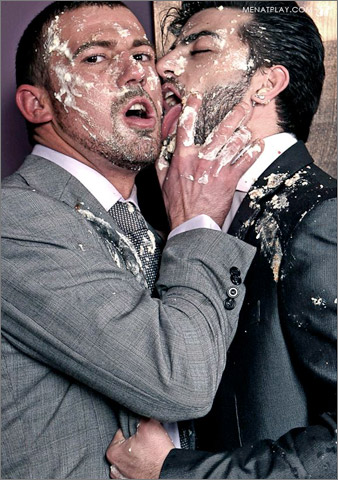 What a sweet and sour mess!! what started as a quiet and routine dinner became a food war when the ripped Marco Sessions gives Harry Louis a few harsh truths about his work ethic and ruins his meal in an intense food fight. But anger turns to passion and they both get the perfect dessert – eating out some ass and sucking on cream covered cocks. If you wanna see suits, ties, shoes, bodies, cocks and arses completely covered in food, you shouldnt miss this “Food Fight”…bon appetite… 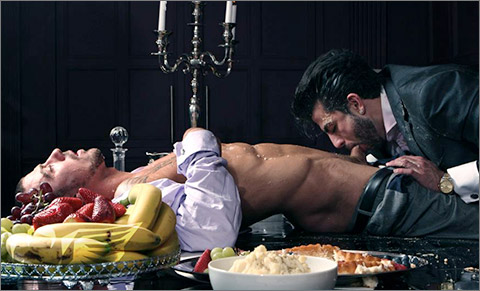