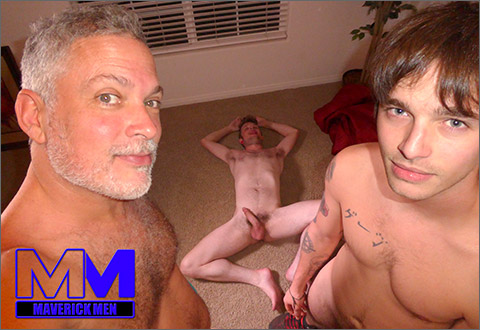 I have to confess: when we shot this video, it was late at night we were kinda buzzed and I wasn’t really in the mood. I honestly wasn’t sure if the chemistry was really there between all of us but after a few minutes of chatting up straight boy Gauge, we realized how much we wanted to pound his hairy ass, and FUCK did we ever! Not only did we force our cocks down his throat but we railed him without mercy and he didn’t complain once. Side note; our boy Ren was there during the shoot and prior to it he had been drooling over Gauge so he asked if he could be our Pig Extra for the shoot (which entails licking and sucking up every drop of cum that was left over on Gauge’s freshly fucked gaping asshole!). This flick gets a Woof and an Oink!