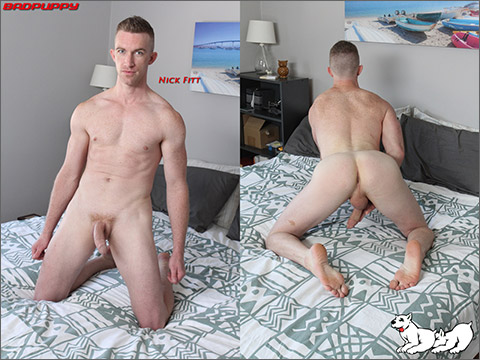 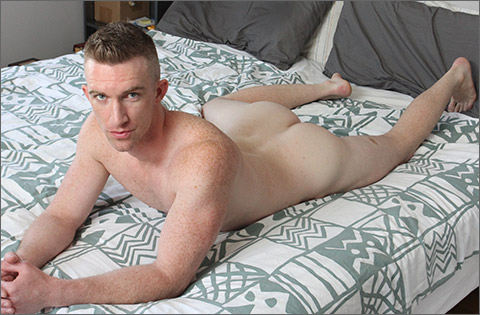 Nick Fitt has the most outgoing personality to go with his extremely hot body. He works by day as a fitness trainer and when he’s not helping others look hot he is working on himself. After a brief interview Nick kneels up on the bed, strips off his shirt and slowly pulls down his shorts. He massages his pecs and abs allowing his hands to slide beneath his shorts. Obviously already turned on, his cock appears to be rock-hard and creates quite the bulge in his underwear. He pulls down his underwear and his cock pops straight up. He grabs his big ol’ cock and begins jacking its entire length. Nick lies back on the bed, pulls both legs up exposing his tight hole. His fingers begin probing his hole as he continues jerking his big, thick dick. All worked up and ready to blow, he rolls back over on the bed and begins pounding intently on his cock. In short order Nick is breathing deeply, his entire body tightens and he lets go with a load of creamy jizz which coats his cock, balls and six-pack. 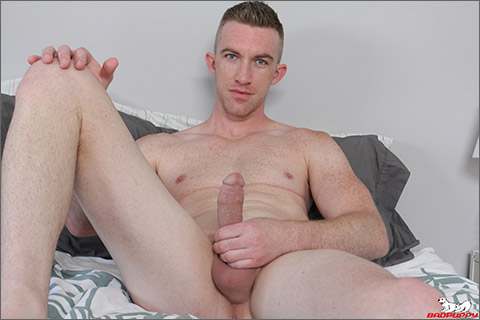