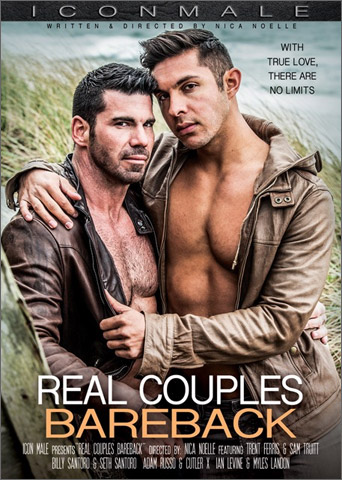 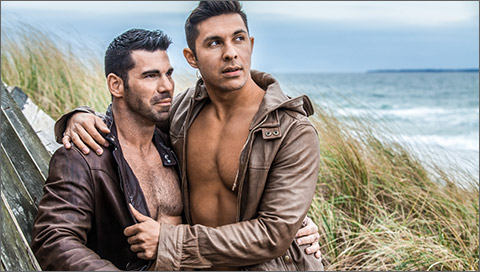 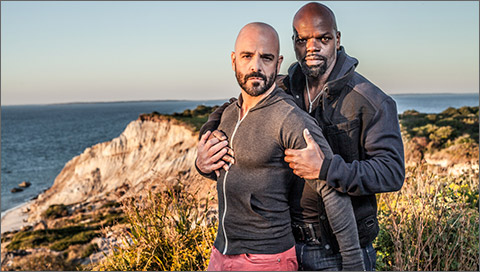 SCENE 2: Cutler X fucks Adam Russo
Adam just found out he’s being cheated on and the trust he had in Cutler is broken. Trying to make up, Cutler leans in to kiss his resistant partner but Adam isn’t ready to forgive him. Not wanting to throw their life away, Cutler needs to convince his love he wants him back.
Trying to shift blame, Cutler brings up Adam’s habit of making out with other guys at bars. Adam argues it’s not the same, and doesn’t want to forgive, but Cutler’s insistent, passionate kiss works. They embrace, pulling off each other’s shirts, Cutler kissing Adam’s hairy stomach and nipples. Cutler pulls off their pants, and Adam takes the girthy black dick before him into his mouth, stroking the extra length with his hand.
They 69, Cutler playing with Adam’s balls before licking his ass, wetting down his hole, before slowly working his thick rod into his ass, bareback.
Raw fucking Adam’s ass deep, his hole is worked out to the max as the whole girthy length disappears into him. Cutler pulls Adam on top, his slick dick pushing into him from another direction. Adam rubs Cutler’s ebony chest as he grabs his firm ass cheeks, plunging his cock deep into him.
Cutler cracks a big smile, knowing the pleasure he’s bringing his boyfriend. Cutler fucks him sideways, his thick cock sliding in and out of him as Adam jerks his cock. Cutler slows down the pace as Adam is about to come, teasing him. Picking back up in intensity, Adam’s eyes roll into the back of his head as he’s pounded out. Adam responds with a mix of pleasure and pain, the large cock almost too much for him, but bringing him closer and closer to the edge.
Adam’s whole body spasms with the release, unloading onto his stomach. Cutler and Adam make out, Adam’s hand caressing Cutler’s thigh as his boyfriend blows his big load all over his ebony stomach. 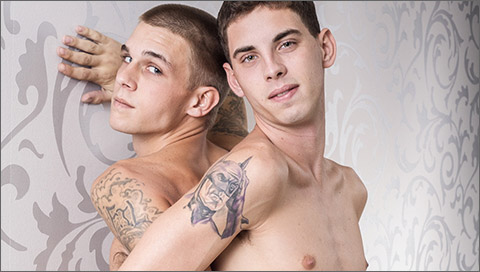 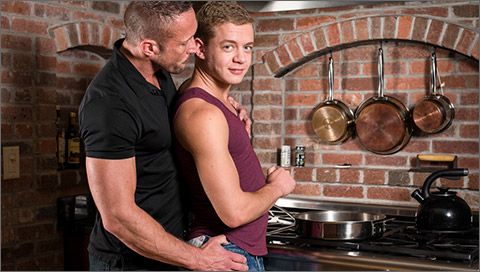 SCENE 4: Myles Landon fucks Ian Levine
Muscle Daddy Myles Landon and smooth muscle twink Ian Levine are nothing if not an unconventional pairing. Myles and Ian cuddle playfully, their taut muscular bodies pressing up against one another. Myles can’t get enough of his smooth young trophy boy, his hands slick with massage oil, rubbing every inch of his body. Hands sliding down his toned back, his smooth bubble butt framed by his jockstrap are revealed. Myles strokes his thighs, servicing his boy, his tongue moving along Ian’s chest and up to his ears. Kissing him passionately, Ian passively relishes the affection before Landon moved down to focus on his boy’s tool and hole. Ian climbs on Myles, his cheeks spread, we see his smooth hole. Ian sucks on Myles’ big uncut dick. Myles kisses Ian before, licks his ass, and sucks his dick while Ian is face down. His nose plunges into the young man’s hole. Myles rubs his stiff cock on Ian’s smooth hole, opening him up, he works him in and out.
Ian moans in pleasure as the thick rod plunges into his submissive hole. Myles pulls his boyfriend close, kissing him as he pounds his ass harder and harder. Fucking in many positions before lifting Ian’s ass to help position his hole, Myles fucks the cum right out of his his younger boyfriend, his hot thick load spewing onto his smooth stomach. Scooping the cum off his young friend before letting him tease himself off his tongue. Myles only increases in intensity, bringing himself closer to climax as he rails his boyfriend to bring himself to the edge.
Holding his arms, he pounds his hole as Ian thrusts back into his throbbing dick, moving his bubble ass into his daddy. As Myles gets closer, he blows his load all over Ian’s back. Ian relieved and happy that he made his boyfriend cum.