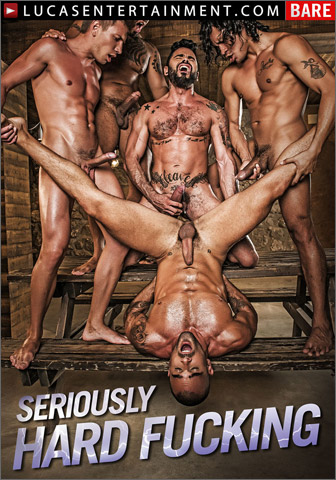 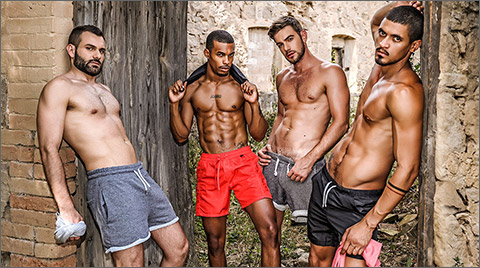 SCENE 1: Zander Craze, Jacen Zhu, Wolf Rayet, Ibrahim Moreno | Rough Double Penetration
Ibrahim Moreno is Lucas Entertainment’s reigning star of bareback double penetration. This gorgeous exclusive model is full of excited sexual energy and always ready to please. Because when Ibrahim is pleasing another man, he’s getting a lot of pleasure out of the experience himself. Check him out at 19:10 sensually riding Zander Craze’s big fat uncut cock raw. The expression on his face tells you how much he loves it while his co-stars Jacen Zhu and Wolf Rayet are having just as much fun with each other. At 23:00 the guys get Ibrahim on his back and use him for what he’s especially good at — getting two bare cocks in his ass at the same time for ass-splitting double penetration action! 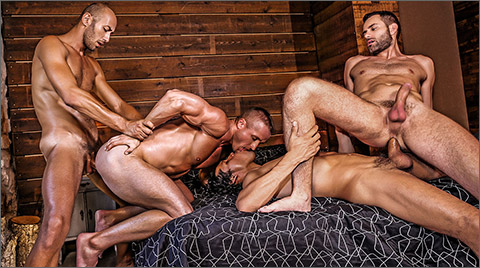 SCENE 2: Alejandro Castillo, Wolf Rayet, Dominic Arrow, Dennis Sokolov | Raw Sucking And Fucking
Wolf Rayet and Dennis Sokolov take some time to themselves in a spare bedroom so Wolf can suck on Dennis’ uncut Russian cock (oral sex is Wolf’s favorite activity). Alejandro Castillo, meanwhile, has a sixth sense for when sex is going on nearby, and he brings along his fuck buddy Dominic Arrow to see what’s going on. However, it’s not what’s going on but what is going to happen: Alejandro uses Dennis’ as his own personal fuck hole while Wolf and Dominic suck each other’s big cocks, getting off on the show unfolding before them! 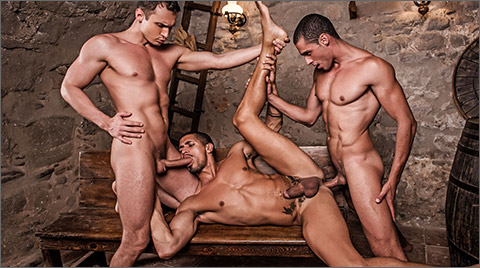 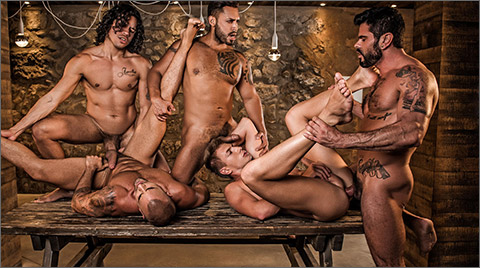