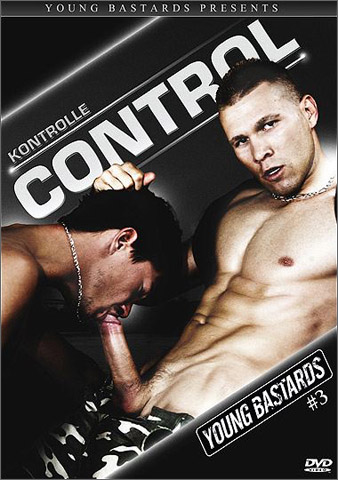 Members at SPRITZZ YOUNG BASTARDS can watch this anytime.
All Scenes can be purchased as DVD.

SCENE 1: Kirk James, Dirk Degger
On the building site Kirk is bored shitless and out of negligence nearly drops a bucket full of rubble onto his boss’s head. As punishment Kirk gets handcuffed, must suck his boss’s fat dick and to top it off his cute little arse takes the rap for it.

During an extreme breath control game it’s easy to get a little breathless! Little Eric takes a good pounding from macho Jordan and is at the same time so strongly throttled that his face turns blue. Jordan has the little bastard totally under his control and gets quite turned on by it…

SCENE 3: Rado, Jordan Romeo
At his training workout Jordan can’t do anything right as his trainer always finds something to nag him about. In the end the trainer gets so annoyed that he decides to completely change all the exercices: cock sucking and arse fucking are now on the programme…

SCENE 4: Florian Hagen, Ruben Fux, Eric Angeletti
Eric is blinfolded and gets a very special surprise: indeed his mate Flo has brought along a leather man with him and a penis pump to play with. In the cylinder Eric pumps his knob up until it really hurts. Then he gets handcuffed, sucks a few cocks and gets thoroughly humped by Flo.

SCENE 5: Jordan Fox, Lucky Joe, Kenny Carlson, Marco Valente
The loser gets a good shagging – and because Marco was unlucky at a Spin the Bottle game he’s got to take it up the butt from three of his mates. So Lucky, Jordan and sex-crazed Kenny alternatively ram their big truncheons into his arse. But it’s with Lucky’s XL todger that Marco’s no longer sure if he’s coming or going…

WATCH IT, DOWNLOAD IT OR BUY THE DVD: SPRITZZ YOUNG BASTARDS