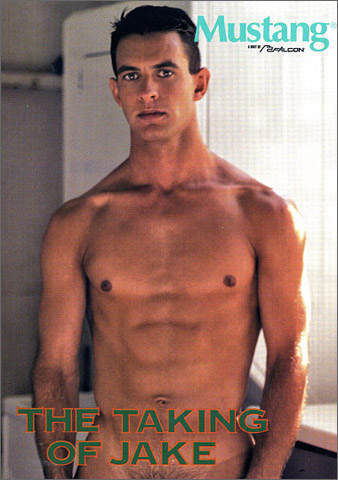 SCENE 3: Jake Andrews, Colby Taylor and Kevin Miles
Jake Andrews hires two Private Dicks (Colby Taylor and Kevin Miles) to help get his son back. Judging from the ill-fitting suits, neither Miles or Taylor owns one, but the suits are quickly removed. Taylor sucks on Andrews’ chubby erection while Miles gets a taste of a young Colby Taylor. Andrews then gets his turn to swallow Miles long curved schlong, and excellently deep throats the thing with a rapid attack, good job Jake. Andrews then gets a chance to fuck Taylor while Miles is jamming his cock down Colby’s throat from the other side. Andrews switches to jab his cock at Miles ass, who is flipped over sucking his own dick (a standard position for Miles). All three end the scene by standing over a Glass Table shooting their loads.

SCENE 4: Derrick Baldwin and Jake Cannon
Derrick Baldwin is one of Jake Cannon’s abductors, but he has soft spot for Cannon. Baldwin releases Cannon who is now free to go home. But Cannon wants to stay and suck Baldwin’s dick. Which turns Baldwin’s soft spot into a hard-on up Cannon’s bubble butt. Baldwin shoots his load on Cannon, Cannon jacks off to a dribbly finish.