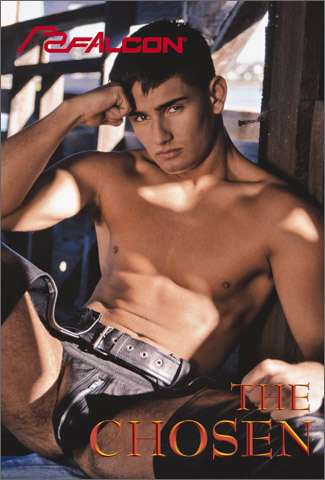 A heated and charged sexfest between Christopher Scott and Jeff Palmer burns up the screen. Then Christopher and his friends Derek Cameron, Paul Morgan and Damon Wolf are out cruising for action and find themselves outside a solitary warehouse. They are pushed inside and meet their new masters: Jeff Palmer, Mike Branson, Brian Cruise, Travis Wade, Buck Meadows and Michael Lucas. These six leather-clad men conquer and control the novice bottoms. Tom Chase, the hot master of masters, teaches them the fine art of man-to-man sex. Along with Buck Meadows and Steve Pierce, the action builds to a ferocious pace as the new pig bottoms are worked hard until one by one they shoot their loads with full knowledge of what it is to be one of the chosen.

SCENE 1:
Jeff Palmer exerts his dominance over cock pig Christopher Scott, one of the most talented bottoms in the business. After face fucking Scott, Palmer plugs his ass with butt plugs and his cock, with a dildo/cock double penetration spreading Scott’s hole even wider.