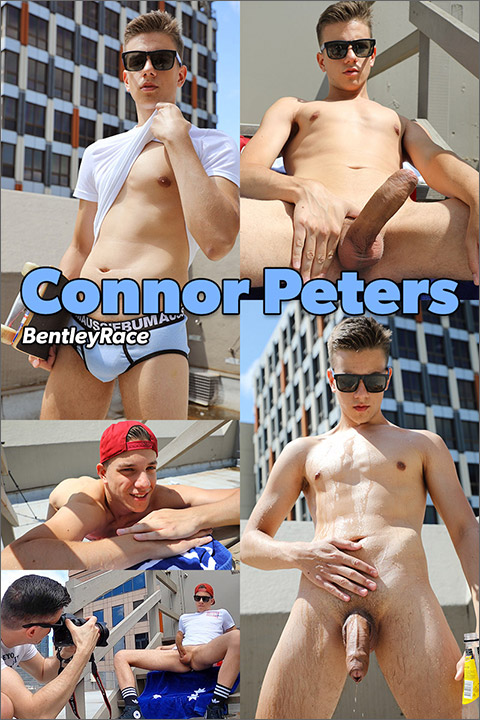 It’s been a while since we’ve had any shoots up on the roof so I asked Connor Peters if he’d be up for getting naked outside. On the last days of summer we headed outside to get these beautiful outdoor nude photos. Since it was the end of summer Connor was nicely tanned and didn’t mind getting his gear off to get some more sun. After posing on the skateboard Connor’s strip show begins. He’s quite happy to make that bulge in his underwear grow bigger as I take photos from the ground. Eventually Connor is naked and showing off that incredibly fat dick as it extends to full erection. And to make it a little more fun I get Connor wet for the final shots. You can never go wrong with getting some stunning shots under a bright blue sky and a beautiful mate to shoot.