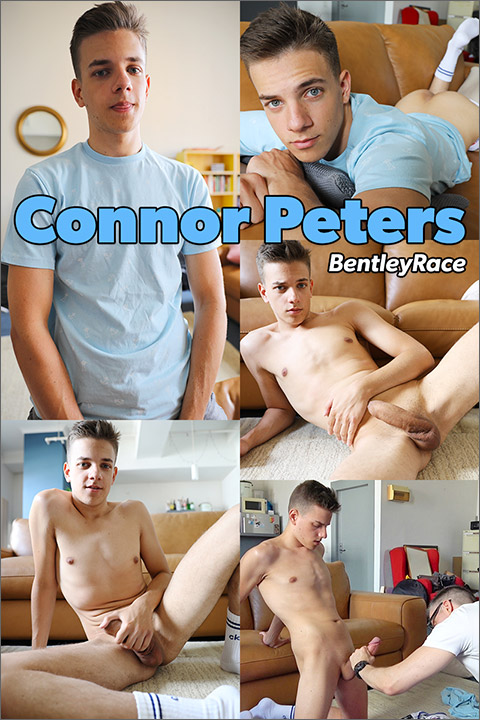 After that hot strip show photo shoot Connor lays back on the couch to play with his thick cock while I grab the video camera. After getting full erect several times through the photoshoot Connor is now ready to get off. I follow him around with the camera as he puts on a hot show playing with his hole as his legs are spread in the air, making sure you get a close look. Connor films himself a little just after he’s been shoving his lubed up dick into one of my rubber fuck toys. I can tell in this video that Connor likes to play as I grab his dick and wank it a little myself. It’s a long video and I left all of it in so you don’t miss a thing.