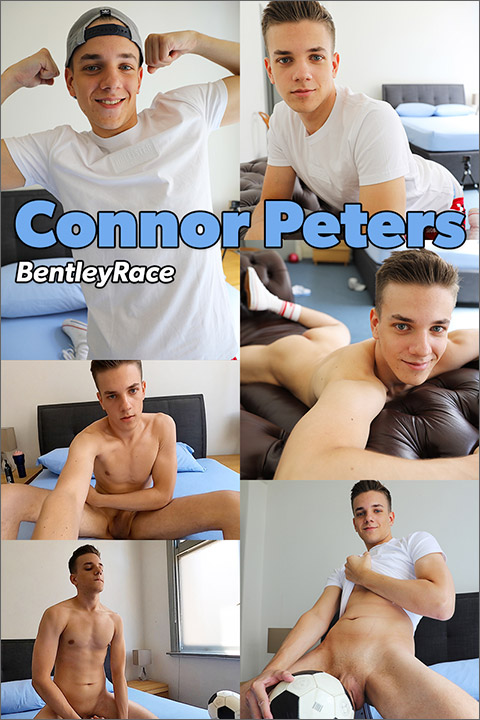 This is the first video our hung Aussie boy Connor filmed with me in the studio earlier this month. I had already taken a ton of photos of the 21 yer old posing and stripping naked. Connor looks great in the photos. But let’s have a look as this hot video of our new mate getting naked one more time and stroking that super thick cock. Armed with some lube and a fleshlight, Connor puts on a really hot show. He makes good use of the Go Pro too so that you get a nice close up look. Make sure you watch this video right to the end as Connor squeezes every last drop of cum from his throbbing big cock. I will post the BTS footage from Connor’s first shoot soon.

A couple of weeks ago I met this cute new guy Connor Peters from the inner suburbs of Melbourne. The 21 year old had emailed me about doing some modelling a little while ago. I thought he looked cute in his photos we had a chat and then I got him over for this shoot. And I gotta say that he’s really cute in real life. So I set him up for a simple shoot in the studio wearing a little pair of red shorts and white converse sneakers. Being the middle of summer, Connor has a nice tan and starts shedding his clothes. He’s got a nice slim build and looks great naked. But the surprise came when he pulled down his underwear. Connor is sporting a pretty big dick. It was already growing early in the shoot, but its surprised me when he pulled it out. SO I went ahead and got some great shots of Connor wanking his big cock on the floor. I loved seeing him naked wearing just the sneakers. Being a cute and super sweet boy, I think Connor is going to make a great addition to our group of mates this summer. I will load Connor’s first video a little later this week.