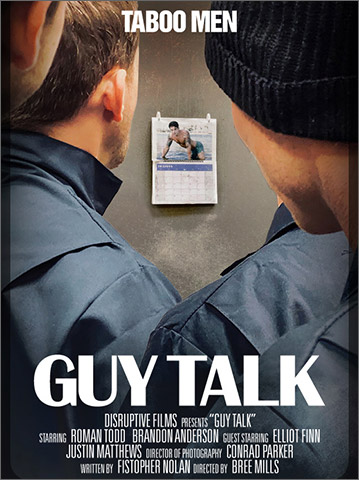 Four mechanics – Jay (Brandon Anderson), Mike (Roman Todd), Curtis (Justin Matthews), and Chris (Elliot Finn) – are working late one Friday night to finish their jobs for the week. Jay, the newest and most introverted of the group, walks into the foreground and thumbs through various tools before grabbing the wrench. Walking back, he uses it to tinker under the open hood of a car. You can sense a distance between him and the others. Jay is closeted and feels very uneasy around his crass and chauvinistic colleagues – especially if they were to catch wind of his sexuality. He prefers to just do his work and keep his profile low. A mechanic’s light hangs from the open hood. Nearby, Mike is cleaning up, wiping a surface with a rag, while Curtis and Chris are chatting in a nearby break area, standing next to a table with a coffee machine on it as they sip coffee. There is one old chair next to the table and a small radio sits on the table, quietly playing hard rock music in the background…. 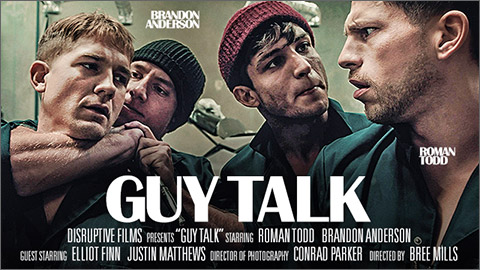 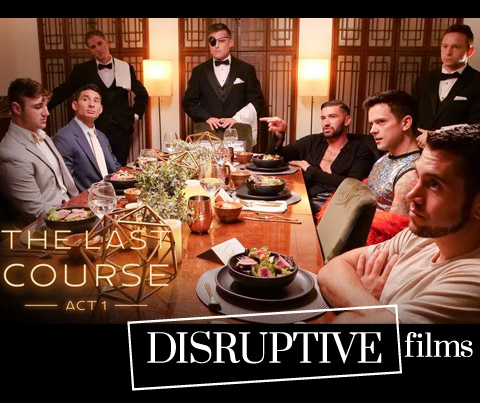