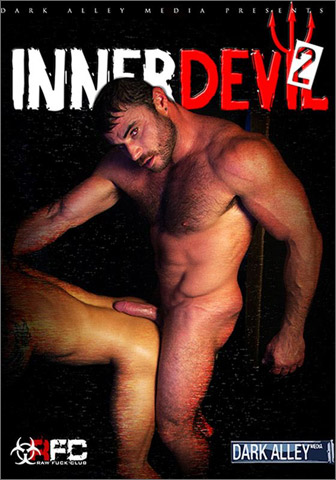 Dark Alley’s cast of bareback bad boys’ is back and these little Devils are hornier than before. Muscle stud Mike Dozer, a newbie who contacted us wanted to get fucked by Antonio Biaggi, gets to live out his fantasy and takes every inch of the Latin Stud’s huge meat. Eager to show off his versatility, Dozer comes back paired with punked-out bottom Draven Torres and feeds him his equally impressive fat cock. Tony Moreno, a well-hung Black Top (shocker!) from Europe makes his first RFC appearance paired with another muscle man, Mike Anders. Lastly we have Joey Rodriguez, the Latin power bottom with a gymnast body and killer ass, who gets fucked hard by the inked up top boy Jessy Karson.

WATCH IT NOW AT: AEBN / SMUTJUNKIES THEATER
WATCH THIS AND A HOST OF OTHER FILMS AT: NAKED SWORD
PURCHASE THIS AT: RAD VIDEO