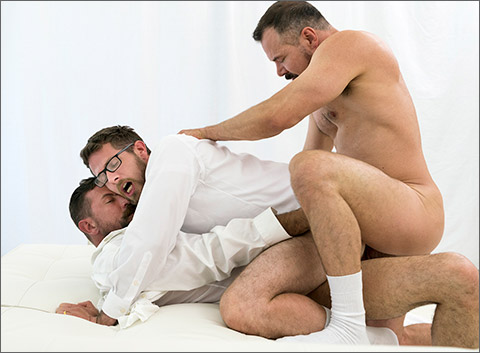 Brother Strang has enjoyed partnering up with Brother Eyring, but it was never fully above board. Brother Eyring loved having the boys of the mission suck and service his cock, but he was not fully set apart as an ordaining member of the Order.
Brother Strang was tasked with identifying suitable candidates for the higher priesthood order, including those no longer on their mission. While Brother Calhoun was a recruit he brought in by force, Brother Eyring was someone with whom he found a sense of fraternal love.
Both men held mid level positions in their local congregations. But they had other things in common including their love of the beautiful Mormon boys under their supervision. Knowing this Brother Strang had invited Brother Eyring ialong on many of his personal assignments…

On-Line Only Presentation & extensive photos from each scene.